8 Ways to Convince Your Boss to Invest in Video Marketing

We’ve seen this movie before.

Remember a few years back when you were trying to convince your boss that your business needed a real website – not just a ‘web presence’ (an html version of your brochure.) Fast forward to today… finally, your website has evolved to become the information and transactional epicenter of your business (congrats!) but you realize that’s still not enough. Now, everywhere you look on the web you see video.  Every social media ‘poke’, ‘share’, ‘link’, ‘favorite’ and ‘like’ is about some new video that everyone is talking about. Big brands are all over video, your friend’s business has been using video for years now and yet there you and your company are, still finessing the text in your value proposition.

What to do? You know that doing video poorly is a waste of time and money. How do you convince your boss it’s time to invest in Video Marketing? Here are eight business arguments you can use to convince your boss that marketing with video should be a top priority for your business:

1. Social Media is more social with video. If social media is part of your marketing mix (it should be) and you want your content and your messages to be shared, include a video with it. Why? Social media isn’t just enhanced by video, video has become social media. People like watching video online, people tend to share things they like and creating sharable content differentiates you from your competitors. The study concludes that ‘Brands that create video clips for their specific audiences are likely to see success if videos are shared on social sites, as internet users spend 2.5x more time watching short videos that are personally relevant.’

2. Video generates higher engagement. According to Facebooks best-practices guide, posts including a video generate about 100% more engagement than the average post. Dave Marsey from Digitas tells us in this video that video is one of the key triggers that can drive viewer engagement – that increase in engagement ultimately leads to higher revenue. Video also converts! The research group Visual Web Optimizer ran A/B split tests with video on a specific test offer and found a 46% increase in conversion rates with video compared with just text. The folks at Marketing Experiments have found similar results with video but what’s most interesting is that they’ve also discovered that an offer than combines both strong text AND video is the most effective. Including both formats allows the user to consume the content in the manner which is most suitable to the viewer.

3. Video viewing drives purchase behavior. A recent IDG study reported that ‘64% of consumers have researched a product as a result of watching a tech-related video in recent months and close to half of them then looked for a product in a retail store (45%), visited a vendor website or contacted a vendor for information (45%), or purchased a product (44%).’ The same IDG study goes on to explain how much digital is part of consumers lives and that video is becoming the centerpiece of that consumer experience. According to Internet Retailer, over 50% of the people who watch online videos claim that those videos make them more confident about buying a product. This same report also stated that visitors who view product videos are 85% more likely to buy than visitors who do not. According to Reel SEO, video has become so influential that ‘4 in 10 shoppers visited a store online or in-person as a direct result of watching a video. Today, nearly 1 in 3 shoppers use YouTube to shop for apparel.’

4. Quality video impacts customer perceptions and behaviors.  A 2012 study by Unrly media found that viewer enjoyment of branded video is important because it has a direct impact on key brand metrics. Viewers who enjoyed the video they watched demonstrated 139% higher brand association, 97% higher purchase intent, 35% higher brand favorability, and 14% higher brand recall than their counterparts who did not enjoy the video.

6. Video helps your site with SEO. According to Search Engine Watch, ‘Google and other search engines work to have a mix of content types displayed in search results (a.k.a., blended search results). For this reason, they give a higher ranking to video content than other forms of Web content in order to make sure that searches consistently display mixed search results.’ (There is an often misquoted 2008 research report conducted by Forrestor that claimed anywhere from a 50% to a 500% lift in search engine performance with the use of video. Forrestor stills agrees in principle with the findings of the report but doesn’t provide any specific performance reference.) A post by Jeremy Scott at REELSEO claims that videos in universal search results have a 41% higher click through rate than their plain text counterparts.

7. Adding digital video to a TV media plan is very effective. Comscore has released a study looking at the effectiveness of traditional broadcast advertising and online ad buying. Key findings indicate adding a digital video component to a TV media plan can increase reach very efficiently. The report shows that digital video ad formats are just as effective as TV ads and that multi-screen viewers (especially in the younger age segments) need to be marketed to on multiple screens.

8. Video adoption metrics.. (The numbers you see quoted most often) There’s a wealth of statistical information concerning the adoption of video and some of these trends may be relevant to your business. It’s always best to lead with direct evidence, but if that isn’t enough here is a list of trends and stats that you can overwhelm your boss with:

– Youtube attracts a kazillion* viewers a month and a bazillion* videos are uploaded every second. (*estimates)
– 22% of small businesses plan to post a video to YouTube in the next 12 months
– Online video ad spending will double over the next four years.
– Rich media ads with video generate 6 times as many post-ad site visits as standard banner ads.
– Over 90% of advertisers plan to use VANs (video advertising networks) in the coming year.
– 87% of brand and agency marketers use video for content marketing.
– 76% of marketers plan to increase their use of video marketing in the next year.
– Online video has taken the lead from television viewing (84% to 83%) in a recent survey conducted by Nielsen.
– 7 out of 10 B2B marketers use online video. Up 35% from last year.
– 40% of all QR codes take the user to some kind of video content
– Click-thru rates rose 7% to 13& when the word ‘video’ was included in the subject line.
– Forbes Magazine published a report stating 65% of Senior Executives have visited a vendor’s website after watching a video online.
– By 2015 Google predicts that over 50% of all display ads will be rich media ads.

In late 2009 I wrote a blog post declaring that 2010 would be the year that all companies become media companies. I got a little ahead of myself with that prediction but we are beginning to see many companies move beyond simple text and photos online and begin to develop engaging sharable media assets that help explain and promote the unique value offered by their brand. 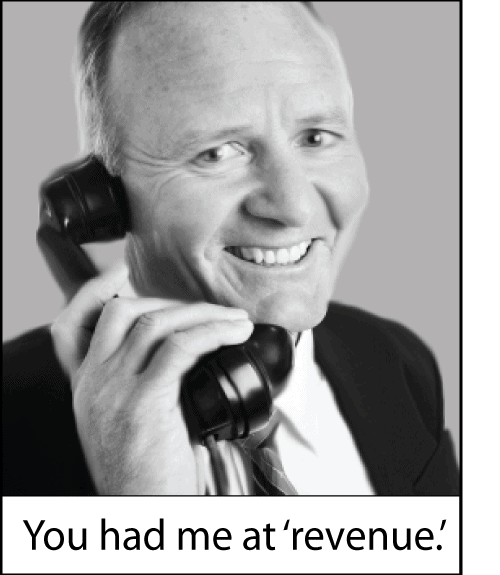 Note: This post is also found in the Top Ten Posts for this blog.